China: Wife of pastor sentenced to nine years is finally allowed to visit him 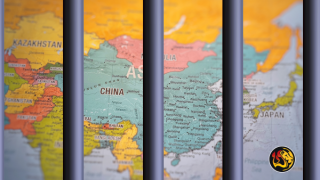 (Worthy News) – The wife of incarcerated Chinese pastor Wang Yi has been able to visit him for the first time since 2018, when China’s ruling Communist Party sentenced him to nine years in jail for leading the underground Early Rain Church, China Aid reports. Jiang Rong was allowed to see her husband while she herself continues to be placed in de facto house arrest by the government.

The Chinese Communist Party detained and charged Pastor Wang in December 2018 with ‘inciting to subvert state power’ and ‘illegal business operations on account of his ministry with Early Rain Church, an independent church movement that began in 2008.

Jiang Rong was also arrested in December 2018, and was held under ‘Residential Surveillance in a Designated Location’ (RSDL) for six months until her release on 10 June 2019 after six months in detention, China Aid said. Despite her release, Jiang has been prohibited from meeting with her family, friends, and church, and remains for all intents and purposes under house arrest. In 2019 the UN Working Group on Arbitrary Detention determined that the couple’s detention was arbitrary.

Members of the Early Rain Church have asked for prayer, as the government continues to harass its members, China Aid said. China ranks 17 on the US Open Doors Watch List of top 50 countries where Christians are persecuted.