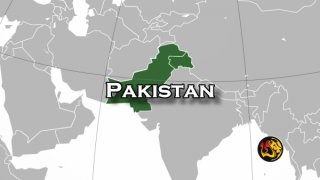 Concerns remained about three people who were reportedly critically injured during the October 29 incident in Trikhani village near the city of Burewala, in Vehari district.

Christians said shootings broke out while they watered their fields as Muslims demanded they gave up land “handed down through generations of believers.”

“They wanted to kill us,” said Raja Masih, who was shot close to the heart. “They fired straight at us,” Masih added in a statement shared with Worthy News.

In footage obtained by Worthy News, Christians were seen praying in the Trikhani hospital to recover those injured.

Christians also filed the so-called “First Information Report” with police necessary to launch a criminal investigation against the perpetrators.

But Christians said that they continued to receive threats from their attackers, who were granted bail. There was no immediate reaction from the police.

In addition, three of their brothers were among several injured when armed Muslims opened fire in the Okara region of Punjab in a similar dispute over land.

The attacks have been linked to mouthing Islamic extremism in Pakistan, a mainly Muslim nation where minority Christians also face difficulties under blasphemy legislation.