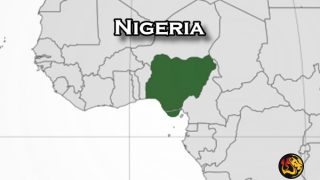 (Worthy News) – The head boy of a Christian school in northern Nigeria, who was freed by suspected Islamic gunmen for health reasons, was praised for showing bravery and leadership during more than 150 days of captivity in the bush.

The 17-year-old student of the Christian Bethel Baptist High School in the town of Damishi in Kaduna reportedly refused to join students released previously by the kidnappers.

He told the gunmen he wouldn’t abandon any of the roughly 120 pupils from the boarding school then held since July 5, Christians told Worthy News.

Three Bethel students remain in captivity after the release of the head boy “on the grounds of ill health,” said Barnabas Fund, a Christian charity supporting believers in the area.

Gunmen freed the boy on November 26 after he became “terribly ill,” said Pastor John Joseph Hayab, chairman of the Christian Association of Nigeria (CAN) in Kaduna State.

The CAN represents numerous Nigerian Christian denominations and groups.

In comments shared with Worthy News, Pastor Hayab described the freed teenager as “weak and down.”

The pastor added, “He tried. He had refused to come home, saying until every student was back that he could not leave. But because of ill health, he had to be released.”

However, he stressed that the “boy is worth celebrating.” If “at his age, he can display that kind of leadership, we are so impressed,” he added.

The name of the student wasn’t released amid security concerns.

Kidnappers freed most students in batches, starting July 25 with 28 pupils followed by more releases in August and September, according to Christians familiar with the situation.

The last release was on October 8 when five students and the school’s matron were freed, Christians said.

Some students managed to escape their captors.

The gunmen had reportedly demanded about $1,200 in local currency for each student.

But the Nigerian Baptist Convention to which the school belongs declined to pay a ransom.

It wasn’t clear Thursday whether parents or other sources had paid money.

Nigeria has been plagued by kidnappings and attacks by Islamic militants and crime groups, also known as “bandits,” often target Christians.