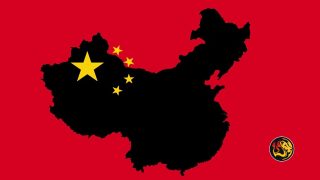 In a bid to further strengthen its grip on China, the ruling Communist Party is working to indoctrinate children into atheism and Chinese cultural identity: Christian schools are considered a threat to this aim.

On December 18, a Christian school in Fujian province was raided by 50 police officers and 20 armed forces sent by the county government, ICC reports. The authorities claimed the school is a “cult.” ICC reports. The students were sent home and all the teachers were told to stand by for questioning. The authorities not only then confiscated books and equipment from the school, but also announced the 6458 sqft campus will soon be demolished.

On December 15, a Christian school in Guangdong province was raided by officers from the local Ethnic and Religious Affairs Bureau and Public Security Bureau,ICC reports. This was the third time the school was raided.

In its report on the situation, ICC explained: “Many Christians in China, especially those who attend house churches, are wary of the public education provided by the Chinese Communist Party (CCP), as their children are taught atheism and to uphold socialism.” Many parents therefore send their children to private Christian schools.

However, ICC said: “More and more Christian schools across China have been raided and forced to shut down.” China ranks 17 on the US Open Doors Watch List 2021 of top 50 countries where Christians are persecuted.