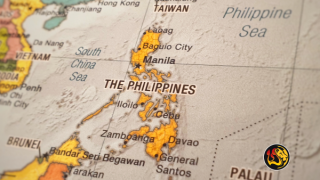 (Worthy News) – Christians in the Philippines‘ central Province of Bohol wracked by super Typhoon Rai pleaded for prayers, food and water Wednesday after the governor feared looting amid growing hunger.

Rai, known locally as Odette, killed at least 375 people, and 50 were missing, mainly in the central region, including nearly 100 dead in Bohol, according to officials.

“People are panic buying here even gasoline because there is so much shortage,” said Emely Laga, 35, a devoted Christian married mother of two. “I hope tomorrow I can have money to buy food and especially the water. I hope there is still left in the mall,” she told Worthy News.

However, Bohol Governor Arthur Yap didn’t give her much hope saying he could no longer secure rice and other food aid after his contingency fund ran out.

Yap said many of the 1.2 million people in his island province, without power and mobile phone service five days after the typhoon struck, had become increasingly desperate.

President Rodrigo Duterte visited Bohol over the weekend and witnessed the extensive devastation, but the governor expressed mixed feelings about the president’s presence.

“If you would not send money for food, you should send soldiers and police because, if not, lootings will break out here,” he told the president through local radio.

Yap explained that the government’s social welfare department promised to send 35,000 food packs, which he said was an inadequate amount for the province’s 375,000 families.

But even those had not yet arrived, prompting Emely Laga and others to urge prayers. “I hope and pray looting will not happen. But we are nervous,” she said as darkness fell over her village.

The roof of the modest home the Christian worker shares with her husband and children in Baclayon municipality was partly destroyed by Typhoon Rai.

Laga barely walked among the ruins as her foot was punctured by falling wood. She lacks the money to get the required medical treatment for her swollen foot but says she “trusts the Lord for healing.”

However, “It’s so sad and the most pitiful this time are the children. Because they are among those who suffer the most of hunger and thirst,” noted Laga, who often helps her community.

She said people couldn’t withdraw money from banks due to a lack of electricity and internet connections.

Many residents are also without mobile phone connections and power, and fuel and water shortages sparked long queues, explained Laga.

The national police said widespread lootings were not yet a problem in the typhoon-ravaged regions.

They added they were ready to deal with any lawlessness, but the governor wasn’t sure how long his security forces could maintain law and order.

“It’s so so that this happens during the Christmas season,” Laga said.