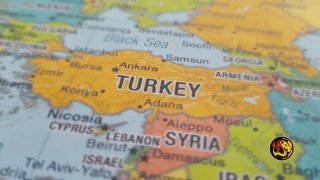 On January 1, vandals were found to have spray-painted “Allah-1” on the door of Kadıköy Protestant Church. Two other churches in Two Kadıköy district were also defaced the same day, ICC reports. Last year, a number of Armenian churches were defaced, and intruders also climbed walls, removed crosses, and tried to set fires on church properties, ICC added in its report.

A number of suspects were arrested in last year’s cases, but ICC notes that the Turkish government has often failed to protect the rights of Christian worshippers in the country. “Protestant churches in Turkey, and namely its foreign congregation members, are often the targets of state-led persecution with the government identifying them as threats to national security,” ICC said. “Foreign Christians face deportation and denied entry. Historic churches in Turkey have also been converted into mosques, including the Hagia Sophia.”

According to the Open Doors Christian advocacy group, intensifying Islamic religious nationalism is making life difficult for believers. “The atmosphere of increasing nationalism leaves precious little room for anyone to proclaim a different message, and Christians have to take great care in sharing their faith with others, as it can arouse suspicion,” the organization said on its website. Notably, Turkey shot up nine places to 25 on the Open Doors Watch List 2021, from its ranking of 34 in 2020.

Turkey ranks 25 on the US Open Doors World Watch List 2021 of top 50 countries where Christians are persecuted.