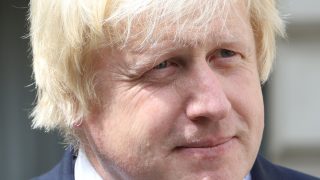 LONDON (Worthy News) – Britain’s Prime Minister Boris Johnson faces pressure to resign after he admitted to attending a drinks party during a coronavirus lockdown while many could not visit frail loved ones.

Johnson told a turbulent session in Parliament that he understood why “millions and millions of people” would be angered by him visiting the May 2020 party in his residence.

“I want to apologize,” Johnson said during an extraordinarily tense session of Prime Minister’s Questions. “I know the rage they feel with me, and with the government, I lead when they think in Downing Street itself the rules are not being properly followed by the people who make the rules.”

“There were things we simply did not get right,” Johnson added, “and I must take that responsibility.”

He claimed that he attended the event for 25 minutes “to thank groups of staff” for their work during the pandemic. He stressed that he “believed implicitly” that it was a work event, prompting angry disruptions from the opposition.

“With hindsight, I should have sent everyone back inside,” he acknowledged.

His remorseful remarks didn’t impress the leader of the opposition Labour Party, Keir Starmer, who said: “that apology was pretty worthless, wasn’t it?”

“After months of deceit and deception, the pathetic spectacle of a man who’s run out of road.” Starmer stressed before asking: “Is he finally going to do the decent thing and resign?”

Starmer noted that the British public thinks Johnson is “lying through his teeth.” “So we have the prime minister attending Downing Street parties, a clear breach of the rules. We got the prime minister putting forward a series of ridiculous denials, which he knows are untrue, a clear breach of the ministerial code. That code says ministers who knowingly mislead Parliament will be expected to offer their resignation.”

Earlier this week, ITV television news revealed an email invitation for the May 20, 2020, garden party from Johnson’s private secretary, Martin Reynolds, to more than 100 staff members at Downing Street. The building, like the White House, serves as both office and residence for the country’s leader.

“Hi all, after what has been an incredibly busy period, it would be nice to make the most of the lovely weather and have some socially distanced drinks in the No 10 garden this evening,” it read. “Please join us from 6 pm and bring your own booze!”

While Cabinet members, including deputy Prime Minister Dominic Raab, rallied around Johnson, several legislators within his party did not.

Ross said he had a “difficult conversation” with Johnson after apologizing earlier on Wednesday in the House of Commons.

He said he would write to the 1922 Committee – which organizes Tory leadership contests – to register his lack of confidence in the prime minister.

“He is the prime minister, it is his government that put these rules in place, and he has to be held to account for his actions,” he explained.

If 54 backbench Conservative parliamentarians send letters to the 1922 committee, it will trigger a leadership challenge.

Ministers have urged legislators to wait for the outcome of an investigation by senior civil servant Sue Gray into alleged COVID-rule breaking at Downing Street parties, which they say will be published shortly.

“In his long life in journalism and politics, as a freewheeling columnist at the Telegraph, as backslapping London mayor and now prime minister during a deadly pandemic, Johnson has faced repeated challenges to his veracity — about his newspaper articles, his romantic affairs, his cocaine use, his assurances to the queen and, most recently, his solicitation for donations to pay for the renovation of his flat,” noted The Washington Post newspaper. “This one might prove the most difficult.”