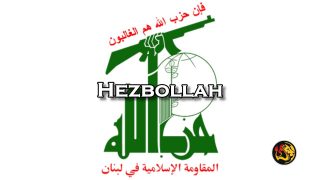 (Worthy News) – Hezbollah Secretary-General Hassan Nasrallah warned Israel against continuing its “aggression against the Iranian presence in the region,” saying Iran may “attack Israel directly” during a video address delivered at a ceremony in Beirut on Friday as Iran and its proxies marked Quds Day.

The address was one of Nasrallah’s first speeches since a rocket was fired from southern Lebanon into northern Israel earlier this week. The IDF responded to the rocket fire with over 50 artillery shells toward southern Israel.

The Hezbollah leader referenced the Iranian missile attack on Erbil, Iraq in March, which Iran said it carried out after an alleged Israeli attack on Iran was launched from there, saying that the strike was a message to countries in the region that any attack on Iran from these countries would be responded to with an attack on those countries. [ Source: Jerusalem Post (Read More…) ]

Tags: Hezbollah, IDF, Iran, Iraq, Israel, Jerusalem, Lebanon, News, War, Worthy News
Fair Use Notice:This site contains copyrighted material the use of which has not always been specifically authorized by the copyright owner. We are making such material available in our efforts to advance understanding of environmental, political, human rights, economic, democracy, scientific, and social justice issues, etc. We believe this constitutes a 'fair use' of any such copyrighted material as provided for in section 107 of the US Copyright Law. In accordance with Title 17 U.S.C. Section 107, the material on this site is distributed without profit to those who have expressed a prior interest in receiving the included information for research and educational purposes. For more information go to: http://www.law.cornell.edu/uscode/17/107.shtml. If you wish to use copyrighted material from this site for purposes of your own that go beyond 'fair use', you must obtain permission from the copyright owner.