Police Investigated Over US School Attack 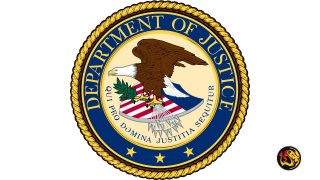 UVALDE (Worthy News) – The U.S. Justice Department pledged Sunday to investigate why police may have failed to prevent America’s deadliest school shooting in nearly a decade.

The announcement came as President Joe Biden arrived in Uvalda, Texas, to public mourn the 19 children and two teachers who died here at the Robb Elementary School.

“At the request of Uvalde Mayor Don McLaughlin, the U.S. Department of Justice will conduct a Critical Incident Review of the law enforcement response to the mass shooting in Uvalde, Texas, on May 24,” said Department spokesman Anthony Coley.

First Lady Jill Biden, herself a teacher, accompanied the president to a memorial at the school. They were seen comforting the school’s principal Mandy Gutierrez, beside a carpet of floral tributes for the teachers and children – all around ten years old – who lost their lives.

Uvalde is a town of more than 15,000 where people claim to know each other. But since Tuesday, when one of Uvalde’s own killed 21 people, they realize they may not have known each other as well as they, thought.

And public anger mounts over reports that officers waited in the hallway as children trapped with the 18-year-old shooter Salvador Ramos made desperate calls to 911.

The response by law enforcement in Uvalde reportedly ran contrary to commonly taught active shooter protocol. Under rules established after the Columbine school shooting of 1999, law enforcement should stop the shooter as quickly as possible and even bypass helping the injured.

But on Tuesday, the gunman was inside while a group of 19 officers stood outside the classroom for some 50 long minutes as they waited for room keys and tactical equipment.

Texas Governor Greg Abbott said he had been initially “misled” about certain information given by law enforcement officials leading the investigation into the attack.

“My expectation is the law enforcement leaders that are leading the investigations … they get to the bottom of every fact with absolute certainty,” the Republican governor told reporters.

The Justice Department review aims “to provide an independent account of law enforcement actions and responses that day. And to identify lessons learned and best practices to help first responders prepare for and respond to active shooter events,” said Conley, the spokesman.

“The review will be conducted with the Department’s Office of Community Oriented Policing,” he added. “As with prior Justice Department after-action reviews of mass shootings and other critical incidents, this assessment will be fair, transparent, and independent. The Justice Department will publish a report with its findings at the conclusion of its review.”

The announcement did little to ease the pain of a community in mourning. President Biden’s presence confirmed that the town was something its residents never expected it to be: the site of the worst school shooting since 2012, when a gunman killed 20 children and six adults at Sandy Hook Elementary in Newtown, Connecticut.

“Uvalde is a place no longer known for its village closeness but for nearly two dozen white crosses erected to honor the dead,” observed The Washington Post newspaper.