Four Killed In US Hospital Shooting 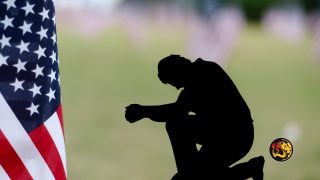 The gunman, described as a man 35 to 40 years old and armed with a rifle and handgun, appeared to have died from a self-inflicted gunshot wound, Tulsa Deputy Chief Eric Dalgleish told reporters.

Tulsa police Captain Richard Meulenberg said the gunman fired shots as officers were kicking in a stairwell door to access the Tulsa medical building where the gunfire erupted.

As many as ten people could have been wounded in the shooting, Meulenberg added. No injuries were considered life-threatening, he said.

The shooting occurred shortly before 5 p.m. inside the Natalie Building at St. Francis Hospital, authorities said. The victims, whose identities have not been released, appeared to be a combination of patients and employees, Dalgleish said.

The shootings came as this U.S. Memorial Day weekend alone — spanning Saturday, Sunday, and the federal holiday on Monday — there were at least 12 mass shootings.

Gun Violence Archive (GVA), a nonprofit research organization, defines a mass shooting as one in which “four or more people are shot or killed, not including the shooter.” Several of those shootings occurred at parties and one at a Memorial Day event, GVA said.

At least eight people have been killed and 55 injured in the mass shootings over the holiday weekend, according to GVA and local news sources. Since the Uvalde school shooting last week Tuesday, at least 11 people were reportedly killed and 67 injured in mass shootings.

It comes amid broader concerns in the United States about weapons and reports of growing violence across the nation.