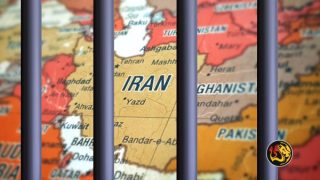 TEHRAN (Worthy News) – An Iranian pastor has lost his appeal against a ten-year jail term for running a “house church” at his home in Iran’s capital, Tehran, trial observers confirmed Tuesday.

Anooshavan Avedian, 60, was convicted on 11 April of “propaganda contrary to and disturbing to the holy religion of Islam,” Christians said.

The appeal decision was announced Sunday, May 29, said the advocacy group Barnabas Fund which closely followed the case.

The hearing had taken place in the absence of the Iranian-Armenian Christian, despite repeated calls by his lawyer, Iman Soleimani, for him to be present, Barnabas Fund added.

In remarks shared with Worthy News, Soleimani said the speed in which the verdict was delivered “demonstrates the insufficient study of the case by the appeal judges, dismissal of the defense, and unjust process.”

He argued that judges needed to study at least seven folders, each with about 600 pages of documents, and details of numerous legal challenges before the appeal could be determined.

In addition to the ten-year jail term imposed by the 26th Branch of the Revolutionary Court of Iran, Pastor Avedian was also sentenced to ten years of “deprivation of social rights” after his release, meaning that employment after his release will be restricted.

Yet, two members of the pastor’s house church, Abbas Soori, and Maryam Mohammadi, who the same court convicted for being members of an “illegal group,” won appeals against their sentence, Christians said.

“Their ten-year deprivation of rights was reduced, and their individual fines of 50 million tomans ($2,000) were reduced to 6 million tomans each,” added Barnabas Fund.

It said it had urged Christians to express thanks for the reduction of sentences and to pray that the pastor will experience “the joy of the Lord in these days of trial.” The group also asked for prayers for other Christians imprisoned in Iran “because of their faith.”

There are at least 800,000 Christians in the strict Islamic nation, according to conservative estimates.

“Converts from Islam to Christianity are most at risk of persecution, especially from the government and to a lesser extent from society and their own families,” said advocacy group Open Doors.