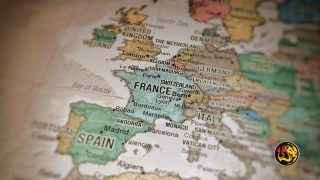 With 577 seats up for grabs in France’s National Assembly, the lower house of Parliament, Le Pen’s National Rally won 89 seats, up 81 seats from 2017, when the party held eight seats, according to initial projections. Meanwhile, President Emmanuel Macron’s centrist alliance, Ensemble, is projected to lose his absolute majority, giving a huge blow to his reform agenda, according to France 24.

Projections based on partial results show that Macron will have to settle for 224 seats, falling short of an absolute majority at 289 seats, according to France 24. The results are a huge defeat for the president, who won 351 seats back in 2017. [ Source: Washington Examiner (Read More…) ]

Tags: France, IRS, News, Washington, Worthy News
Fair Use Notice:This site contains copyrighted material the use of which has not always been specifically authorized by the copyright owner. We are making such material available in our efforts to advance understanding of environmental, political, human rights, economic, democracy, scientific, and social justice issues, etc. We believe this constitutes a 'fair use' of any such copyrighted material as provided for in section 107 of the US Copyright Law. In accordance with Title 17 U.S.C. Section 107, the material on this site is distributed without profit to those who have expressed a prior interest in receiving the included information for research and educational purposes. For more information go to: http://www.law.cornell.edu/uscode/17/107.shtml. If you wish to use copyrighted material from this site for purposes of your own that go beyond 'fair use', you must obtain permission from the copyright owner.