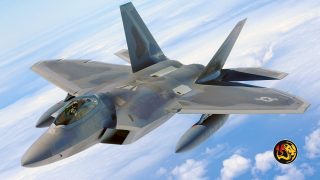 JERUSALEM (Worthy News) – Israel is preparing for an attack on Iran to prevent it from obtaining nuclear weapons, Worthy News monitored Monday.

Israeli media reported that the Israeli Air Force integrated a precision one-ton bomb in the belly of its F-35s and updated the stealth fighter jets for long-haul flights to the Islamic Republic.

The bomb will reportedly be integrated into the jet’s internal weapons compartment without compromising its stealth capabilities.

It was developed by Rafael Advanced Weapons Systems, which was also involved in the feared Iron Dome, a system designed to intercept and destroy short-range rockets and artillery.

The bomb is autonomous and protected against electronic warfare, according to experts. In the past month, the Israeli Air Force (IDF) conducted several different exercises aimed at an attack on Iran, the military said.

Fighters practiced attacking targets that simulated real targets in Iran without the need for refueling, according to army sources.

In the first phase, the IDF reportedly practiced dealing with detection and alert systems – such as those placed by the Iranians around the nuclear facilities. Subsequently, fighters experimented with a long-range flight to a destination in Europe, Israeli media said. They practiced cyber and electronic warfare scenarios that would try to delay a possible Israeli attack against Iran.

The training included dozens of Israeli fighter jets flying over the Mediterranean while warships held Red Sea drills, the army said as it readies for different “scenarios” against Iran.

The two arch enemies have been locked in a shadow war amid tensions over stalled efforts to revive a deal meant to ensure Iran cannot develop a nuclear weapon.

Israel is staunchly opposed to the 2015 nuclear deal and has vowed to do whatever it takes to stop Iran from obtaining a nuclear bomb. “We continuously are preparing and training for many scenarios, including threats from Iran,” the Israeli military said.

Israel’s Prime Minister Naftali Bennett said last week Israel had adopted a “strategy change” on dealing with Iran and the threat it poses to the country’s security.

Bennett’s comments came after several Iranian officials were reported to have died in the past month under suspicious circumstances.

Commentators linked these deaths to covert operations of Israeli intelligence services, which have not been confirmed or denied by the government.

“The past year has seen a strategic change in the Israeli policy on Iran,” Bennett told the Knesset Foreign Affairs and Defense Committee.

“Israel is operating against the many tentacles of Iranian terror, as it has not done in the past. The days of Iran having immunity when it strikes against Israel and spreads its terrorism via proxies are gone. We are operating everywhere and all the time and will continue to do so,” he stressed.

He defended Israel’s tougher stance towards the country. “In recent years, Iran had crossed red lines, especially last April, months before this government came to power,” the prime minister explained.

He noted that Iran “began enriching uranium to 60 percent with no international response.” Bennett warned that “Israel cannot and will not accept such a situation.”