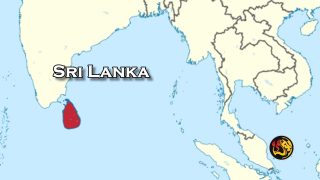 COLOMBO (Worthy News) – Sri Lanka’s prime minister has told Parliament of his indebted nation that the economy has “collapsed” and that the government cannot buy oil.

Prime Minister Ranil Wickremesinghe warned Wednesday that his South Asian country is “facing a far more serious situation beyond the mere shortages of fuel, gas, electricity, and food. Our economy has completely collapsed.”

Wickremesinghe said Sri Lanka is unable to purchase imported fuel, even for cash, due to heavy debts owed by its petroleum corporation.

“Currently, the Ceylon Petroleum Corporation is $700 million in debt,” he told lawmakers. “As a result, no country or organization in the world is willing to provide fuel to us. They are even reluctant to provide fuel for cash,” he explained.

His comments follow months of shortages which prompted protests and social unrest.

Wickremesinghe took office in May after days of violent protests over the country’s economic crisis forced his predecessor to step down.

In his comments Wednesday, he blamed the previous government for failing to act in time to turn the situation around, as Sri Lanka’s foreign reserves dwindled.