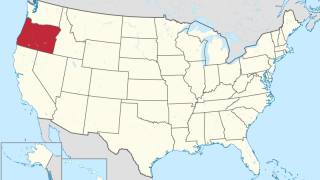 (Worthy News) – A self-described “Night of Rage” event put on by pro-abortion protesters in Oregon resulted in 10 arrests.

The protest began as a gathering around a pregnancy center in Eugene, Oregon and police say many of them were dressed in all-black with backpacks and ultimately became unruly which led to 10 arrests for disorderly conduct, according to a press release from the city.

“The crowd started growing and moved toward the medical building. Eugene Police’s Mobile Response Team arrived in the area to block the building using its vehicles and officers to surround the building,” the statement said. “The crowd continued to grow and began blocking E. 11th Avenue by standing in the roadway. Some people were observed picking up rocks and several began putting on gas masks. One female had a chemical pump sprayer and she was pumping it up. Additional EPD Patrol resources were called in.” [ Source: Fox News (Read More…) ]

Tags: abortion, EU, FEMA, gas, News, Police, Prayer, Supreme Court, War, Worthy News
Fair Use Notice:This site contains copyrighted material the use of which has not always been specifically authorized by the copyright owner. We are making such material available in our efforts to advance understanding of environmental, political, human rights, economic, democracy, scientific, and social justice issues, etc. We believe this constitutes a 'fair use' of any such copyrighted material as provided for in section 107 of the US Copyright Law. In accordance with Title 17 U.S.C. Section 107, the material on this site is distributed without profit to those who have expressed a prior interest in receiving the included information for research and educational purposes. For more information go to: http://www.law.cornell.edu/uscode/17/107.shtml. If you wish to use copyrighted material from this site for purposes of your own that go beyond 'fair use', you must obtain permission from the copyright owner.