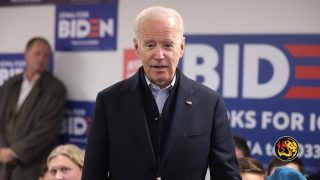 By Richie Malouf | The Center Square

In a meeting with the administration’s newly formed Task Force on Reproductive Healthcare Access Wednesday, Biden signed the order which directed the Health and Human Services Department to consider using funds, including Medicaid, to support women traveling out of state for abortion services.

“Today’s Executive Order builds on the first Executive Order that I signed last month to safeguard access to health care – including abortion care – that was ripped away,” Biden said on Twitter. “I told you I wouldn’t back down. That hasn’t changed.”

The order also directed the department to ensure healthcare providers comply with federal non-discrimination laws when offering such services and ordered it to collect data to measure the impact of the ruling on maternal health.

Critics quickly pushed back on the order.

“Our country is in a recession, Americans can’t afford gas or groceries, and yet all Joe Biden cares about is pushing his radical and unpopular late-term abortion agenda,” said Ronna McDaniel, Republican National Committee Chairwoman. “Republicans will continue to fight for commonsense pro-life protections and the pocketbook issues that families care about.”

Critics also argued that the executive order violates the Hyde Amendment, legislation prohibiting any federal funds from being used on abortion, except when a mother’s life is at risk.

“Is no one else concerned that Biden’s priority is to ensure children are dead instead of fed?” Students for Life said in a statement after the order was announced. “Where is the executive order on baby formula?”

The executive order comes a day after voters in Kansas voted to stop an amendment to the state constitution allowing further abortion restrictions in the state.

“I don’t think the Supreme Court or for that matter Congressional Republicans – who for decades have pushed their extremist agenda – have a clue about the power of American women,” Biden said on Twitter. “Last night in Kansas they found out.”

Tags: abortion, Biden, executive order, Worthy News
Fair Use Notice:This site contains copyrighted material the use of which has not always been specifically authorized by the copyright owner. We are making such material available in our efforts to advance understanding of environmental, political, human rights, economic, democracy, scientific, and social justice issues, etc. We believe this constitutes a 'fair use' of any such copyrighted material as provided for in section 107 of the US Copyright Law. In accordance with Title 17 U.S.C. Section 107, the material on this site is distributed without profit to those who have expressed a prior interest in receiving the included information for research and educational purposes. For more information go to: http://www.law.cornell.edu/uscode/17/107.shtml. If you wish to use copyrighted material from this site for purposes of your own that go beyond 'fair use', you must obtain permission from the copyright owner.