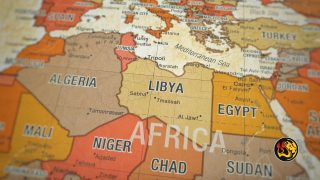 TRIPOLI (Worthy News) – A Libyan court has ordered the Protestant ‘Union Church in Tripoli’ (UCT) to vacate its building by 27 September or be forcibly evicted, Christians told Worthy News Tuesday.

The UCT and three other Protestant multi-national churches had reportedly been worshipping in the Tripoli building for more than 50 years.

“Established by expatriate Christians in 1962, the UCT was one of five denominations recognized by the government,” explained the Christian advocacy group Middle East Concern (MEC).

When the church’s previous land and premises were confiscated by “the former Ghaddafi regime,” the government gave the church a building to rent, MEC recalled.

The building had been expropriated from others, and since 2011 a government committee returned such confiscated properties to their original owners.

MEC said the heirs of the original owner of the building used by the UCT regained ownership but agreed that the church could continue to rent the facility for one year and then buy it.

“However, the owners reneged on the agreement,” saying “it is against their Islamic faith to rent for the purpose of non-Muslim worship,” MEC explained. “More than a year ago, they filed a court case asking for an eviction order,” which has now been issued.

The eviction order comes amid a broader reported crackdown on Christian worship in the conflict-ridden fractured Islamic nation. Earlier this week, news emerged that a young man was sentenced to death for abandoning Islam and refusing to renounce his faith in Christ.

In remarks shared with Worthy News, the UTC asked for prayers for “the members and leadership of the congregations who use the current church building” and for a new worship place.