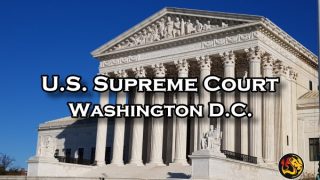 (Worthy News) – U.S. President Donald Trump has nominated  Amy Coney Barrett to the U.S. Supreme Court in a move expected to be opposed by Democrats.

Trump made the announcement as the nation still mourned Justice Ruth Bader Ginsburg, who died of cancer at age 87 on September 18.

Justice Ginsburg’s body lay in state at the U.S.  Capitol. She became the first woman and a Jewish person in history to do so there.

Earlier in the week, her body lay in repose on the top of the front steps of the Supreme Court building for the public to pay their respects.

She served on the court for more than 27.

Shortly before she died, Justice Ginsburg reportedly made clear she did not want to be replaced under the current president. “My most fervent wish is that I will not be replaced until a new president is installed,” Ginsburg stressed in a statement. She dictated her remarks to her granddaughter Clara Spera.

But while praising the liberal feminist Ginsburg as “an amazing woman,” President Trump made clear he wants to replace her with the conservative Judge Barrett.

The nomination will spark a bitter Senate fight to get her confirmed as November’s presidential election looms.

Supreme Court justices are nominated by the U.S. president but must be approved by the Senate.

The Republicans have a slight majority there, but it remains unclear whether Trump will receive enough support for his nomination.

Friends and foes agree that if Judge Barrett is confirmed, conservative-leaning justices will hold a 6-3 majority on the US’s highest court for the foreseeable future.

The 48-year-old would be the third justice appointed by this Republican president, after Neil Gorsuch in 2017 and Brett Kavanaugh in 2018.