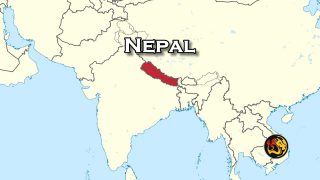 (Worthy News) – As part of a campaign to discredit Christianity, Hindu extremists in Nepal forged a document they falsely attributed to the Nepal Christian Society (NCS) and the National Churches Fellowship of Nepal (NCFPN), in which they presumed to show these charities want to create an ethnic division for evangelistic purposes, Morning Star News reports.

Dated April 5, the forged document purports to show NCS and NCFPN leaders believe that unless they can create divisions in the Brahmin and Chhetri communities of Nepal, it will not be possible to gain converts to Christianity, MSN reports. The document also falsely declares that the Christian NGO United Mission to Nepal is supportive of the two charities in their aim to cause division in the country.

The document was published on social media, and went viral, MSN said. Members of the Hindu nationalist Rastriya Prajatantra Party (RPP) subsequently used the document to demand that the NCS and NCFPN each lose their charity status.

The Christian organizations cited have each published statements refuting the claims made in the document. The United Mission to Nepal has also identified a number of the Hindus responsible for the defamatory campaign.

Police officials have recognized the document was forged by Hindu nationalists, but have reportedly refused to take action against the perpetrators.