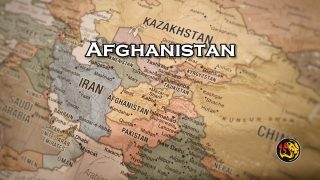 (Worthy News) – The U.S. military apologized Friday for a drone strike in Afghanistan last month that it said killed as many as ten civilians – including seven children.

In a significant setback to U.S. President Joe Biden, the strike did not kill an Islamic State extremist as first claimed, the Pentagon admitted.

The chief of U.S. Central Command, General Kenneth McKenzie, said he now believed that it was unlikely that those who died were Islamic State militants or posed a direct threat to US forces at Kabul’s airport.

“I offer my profound condolences … It was a mistake, and I offer my sincere apology,” McKenzie told reporters.

Islamic State claimed responsibility for the suicide bombing. American forces launched the strike after they had tracked a white Toyota Corolla for eight hours and deemed it an imminent threat, McKenzie added.

The drone was initially said to have prevented another attack. But U.S. Central Command concluded that civilians were hit.

The 10 dead were reportedly all members of the same extended family and included the seven children.

Some were as young as 2 and 3, relatives said. The August 29 incident comes amid broader concerns about drone strikes that critics say kill many civilians.