Holland to have new coalition government after months of deadlock 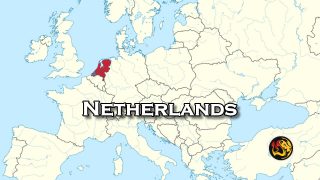 (Worthy News) – The Netherlands is finally set to have a new governing coalition made up of four Dutch parties, including incumbent Prime Minister Mark Rutte’s VVD party, after the March general election resulted in months of gridlocked negotiations between the country’s many political parties, DW reports. Rutte, who will become Europe’s longest-serving Prime Minister, led the country in a caretaker capacity during the intervening months since the election.

Led by Rutte, on Monday the VVD, the left-wing D66, the center-right CDA, and the conservative ChristenUnie parties announced that they had signed a coalition agreement.

The four parties are the same as those which formed Rutte’s last coalition, DW noted. Once his fourth cabinet is inaugurated, Rutte will become Europe’s longest-serving Prime Minister after Hungary’s Viktor Orban.

The new coalition agreement is expected to call for the extension of free child care and increased funds for climate change measures, among other policies DW said. The coalition parties were to present their agreement to lawmakers for a parliamentary debate on Wednesday.

In a statement about the coalition deal, Rutte said: “It’s a good agreement,” DW reports. Sigrid Kaag, whose D66 party came second in the elections, added that the agreement is a “nice and balanced accord.”