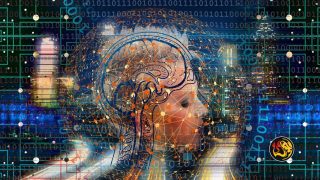 BEIJING (Worthy News) – Chinese researchers say they have created the world’s first artificial intelligence “prosecutor” who can charge suspects with “a 97 percent accuracy”.

The AI machine emerged after the Communist-run nation had already installed facial recognition devices and cameras across the country to check people’s social behavior.

China’s prosecution system, which runs on a standard computer, can press charges for the eight most common crimes and participate in the decision-making process about suspects.

The technology added pressure on people deemed dangerous by the ruling Communists, such as dissidents or Christians and others worshiping outside state churches.

Supporters of the AI prosecutor claim it will reduce prosecutors’ daily workload, allowing them to focus on more difficult tasks.

Professor Shi Yong, director of the Chinese Academy of Sciences’ big data and knowledge management laboratory, suggested he was pleased to be the project’s lead scientist.

“The system can replace prosecutors in the decision-making process to a certain extent,” said Shi and his colleagues in a paper quoted by Chinese media.

He noted that the application of AI technology in law enforcement has been increasing worldwide. China’s prosecutors were early adopters when they began using AI in 2016.

Many of them now use an AI tool known as System 206. The tool can evaluate the strength of evidence, conditions for an arrest, and how “dangerous” the suspect is to the public.

However, so far, AI tools have a limited role because “they do not participate in the decision-making process of filing charges and [suggesting] sentences,” Shi said.

Yet the latest technology suggested that may change, despite rights groups’ concerns about the fairness of trials in a nation where suspects have been moved to secret prisons and camps.