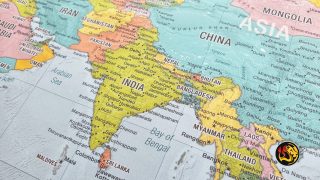 NEW DELHI (Worthy News) – Indian authorities have charged five suspects over the vandalism near a Christian school in central India during protests against the alleged conversion of Hindus to Christianity, rights activists confirmed Friday.

Shouting Hindu slogans, the rioting mob vandalized nearby vehicles, and the building where students were busy doing their schoolwork, Christians said.

As the crowd began throwing stones near the classroom where grade 12 students were writing their government exams, school officials were reportedly forced to stop the exams

They then moved the students to safety, underscoring mounting pressure on minority Christians in India, a Hindu-majority nation, Worthy News learned.

The December 6 rally was sparked by footage on the YouTube video-sharing site showing the baptism of eight children. Hindu nationalists reportedly said the footage was proof “that poor Hindu children were being converted to Christianity at the school.”’

The video claimed that by “sprinkling a few drops of water on the children, their culture and identity were changed within two minutes,” according to sources familiar with the footage.

The report added that further, the school was “under the grip of the conversion mafia.”

However, Voice Of the Martyrs Canada (VOMC), an advocacy group involved in the case, noted that “none of the eight children shown in the video were Hindus.”

Additionally, “all of them had come from Catholic homes, nor did they attend St. Joseph School,” VOMC added.

VOMC said it asked supporters to pray for India’s Christian leaders and the attackers so those “who are searching spiritually for truth will come to salvation in Christ.”