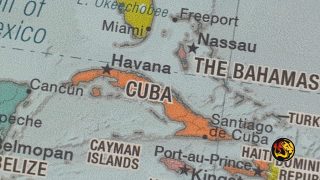 (Worthy News) – Cuban authorities have still not responded to a written request by five United Nations advocates for information on Pastor Lorenzo Rosales Fajardo of the Monte de Sion Independent Church in Palma Soriano, who has been in prison since his July 2021 arrest during a peaceful protest against the communist government, Christian Headlines (CH) reports.

Fajardo was tried in December last year, and was found guilty of “disrespect,” “criminal incitement,” and public disorder in regard to his attendance at the protest, CH said. It is understood the pastor faces up to 10 years imprisonment, but no date for his sentencing has been given yet.

After a period of disappearance, the pastor was taken to the Versailles State Security prison, where he was allegedly beaten up by guards who also urinated on him. He was later transferred to Boniato Maximum Security Prison, where he is still incarcerated – and kept incommunicado.

In their letter to the Cuban government, the UN advocates wrote: “Without intending to prejudge the veracity of the information received, we wish to express our profound concern at the detention, subsequent short-term forced disappearance, mistreatment and prosecution of Pastor Lorenzo Rosales Fajardo for his participation in peaceful protests. We regret in particular that he has been detained incommunicado, subjected to forced disappearance for three days, and that even today he has very limited contact with his relatives.”

Commenting on the Cuban government’s lack of response, Anna Lee Stang, the head of Christian Solidarity Worldwide said in a statement: “This failure to respond is another example of [the Cuban government’s] total disregard for international norms and laws protecting fundamental human rights and their continued refusal to allow for any transparency in regard to the case, in or outside of Cuba.”