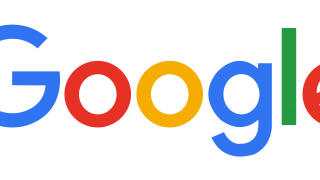 “Dear publisher, due to the war in Ukraine, we will pause monetization of content that exploits, dismisses, or condones the war,” the ‘Google Google AdSense Team’ wrote.

Google AdSense, which arranges advertising on online platforms, said it had “already been enforcing on claims related to the war in Ukraine when they violated existing policies.”

For instance, “the Dangerous or Derogatory content policy prohibits monetizing content that incites violence or denies tragic events. This update is meant to clarify, and in some cases expand, our publisher guidance as it relates to this conflict,” Google Adsense wrote in a message obtained by the Worthy News bureau in Budapest, Hungary.

“This pause includes, but is not limited to, claims that imply victims are responsible for their own tragedy or similar instances of victim-blaming. Such as claims that Ukraine is committing genocide or deliberately attacking its own citizens,” it added.

The announcement signed “Sincerely, The Google AdSense Team” was due to raise concerns that it could impact independent investigative journalism.

While journalists established atrocities by Russian forces, there have also been some independent reports of killings and torture of Russian prisoners by Ukrainian troops.

Those reports about potential Ukrainian involvement in at least some war crimes could potentially face financial sanctions by Google. It means potentially more difficulties for independent news websites that heavily rely on advertisements to run their operations.

The announced policy also comes amid a debate in the U.S. Congress and mainstream media about the growing influence of tech giants and social media on the information.