Developing countries face hunger due to Russian invasion of Ukraine 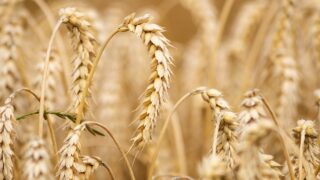 (Worthy News) – Developing countries like Somalia are facing famine as Russia’s blockade of Ukrainian ports prevents the distribution of grain, Sky News has reported. Ukraine exported sufficient grain to feed 400 million around the world last year, but this supply has been largely stopped since the ongoing Russian invasion.

As the Russian invasion continues, hundreds of millions of people may be subject to catastrophic food shortages, Sky News reports. The poorest and most vulnerable will be hit first and hardest. According to the World Food Programme, Somalia is already in dire straits, with 7.1 million people facing what Sky News described as “critically acute food insecurity in the next few months.” A further 200,000 Somalians risk “catastrophic levels of food insecurity.”

Moreover, as well as blocking Ukrainian exports, Russia was caught on satellite stealing grain by taking it away in ships at ports it has occupied, Sky News said. Countries, like Kenya, to whom this grain was to be exported are now facing hunger.

Among the devastating consequences of the Russian invasion of Ukraine are the extraordinarily high prices not only of grain but also of fuel. This last makes it harder to mobilize aid to those in need, Sky News said.

“Russia is accused of weaponizing Ukraine’s grain supply,” Dominic Waghorn, Sky’s International Affairs Editor, said in his report. “But Moscow remains unbowed by mounting international criticism…Without progress, the mass suffering caused by the war in Ukraine will continue being exported far beyond its borders,” Waghorn wrote.