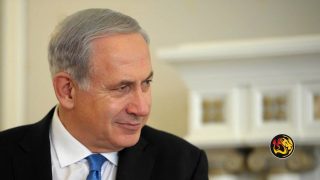 (Worthy News) – Opposition Leader Benjamin Netanyahu has been holding talks with a member of Prime Minister Naftali Bennett’s Yamina party to convince him to defect and bring about the collapse of the governing coalition, Ynet has learned on Wednesday.

Nir Orbach, a conservative lawmaker who has long been considered a weak link in a governing coalition that features left-wing and Arab parties, has been reportedly offered a spot in Netanyahu’s Likud party in case of an election or alternatively, a senior salaried position within the party’s institutions if he is sanctioned by Yamina and is barred from running for Knesset under an existing parliamentary framework like fellow Yamina MK Amichai Chikli.

Sources familiar with the talks told Ynet that although Orbach remains loyal to the current coalition, he believes that its days in its current composition are numbered. According to the sources, Netanyahu gave Orbach an ultimatun until next week. [ Source: Ynet News (Read More…) ]

Tags: Israel, Likud, Naftali Bennett, Netanyahu, Worthy News
Fair Use Notice:This site contains copyrighted material the use of which has not always been specifically authorized by the copyright owner. We are making such material available in our efforts to advance understanding of environmental, political, human rights, economic, democracy, scientific, and social justice issues, etc. We believe this constitutes a 'fair use' of any such copyrighted material as provided for in section 107 of the US Copyright Law. In accordance with Title 17 U.S.C. Section 107, the material on this site is distributed without profit to those who have expressed a prior interest in receiving the included information for research and educational purposes. For more information go to: http://www.law.cornell.edu/uscode/17/107.shtml. If you wish to use copyrighted material from this site for purposes of your own that go beyond 'fair use', you must obtain permission from the copyright owner.