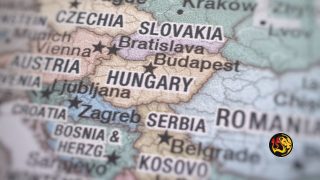 The instruction, issued on June 2, 2020, asks diplomats to see whether their host country has organized professional visits, training courses, or study tours for Hungarian journalists. And, if so, “which Hungarian media representatives had participated in them. And which newspapers and organizations in the host country had been visited.”

“The court case has shed light on how the machinery of discrediting journalists works. How government officials gain ammunition for personal attacks on journalists while publicly trying to stigmatize independent journalism as a national security risk.”

Tamás Menczer, state secretary for information and international representation of Hungary, defends the spying on journalists, saying:”I consider it a political issue if [Hungarian-born U.S. billionaire and philanthropist] George Soros is funding media courses for left-wing journalists (…) Some Soros organizations, such as Transparency International, organize such trainings. Professional trips! You don’t say!”

Transparency International Hungary said the criticized study trips abroad were not organized for “left-wing journalists” but “for students interested in journalism.”

Separately, Worthy News learned that Hungary’s embassy to the Vatican pressured officials there in recent years to change critical reporting and even fire a correspondent. A Vatican source spoke on the condition of anonymity as they had no permission to discuss the issue publicly.

Several documents were shared by Direkt36, a group of investigative journalists who have covered high-level corruption and other wrongdoings.

The documents make clear that the embassy in The Hague has been thoroughly researching specific Dutch journalists. For example, when writing about Dutch weekly De Groene Amsterdammer, a cable notes: “We sent background information on the magazine and on the journalist Marijn Kruk, who was planning to interview Mr. State Secretary Zoltán Kovács.”

Kruk said in a reaction that he understands that the government wants to learn more about him as he is considered “the enemy.” He added that he isn’t bothered by the surveillance “until they hack my mobile phone.”

Kruk recalled that Kovács and some other pro-government figures sat down to talk to him for his forthcoming article. “The logical thing (for the Hungarian government) is to get to know your enemy first.”

The Hungarian embassy in The Hague described his left-leaning paper as very critical of the government.

Besides Kruk, the Dutch investigative site Follow The Money is mentioned by diplomats. “One of the portal’s founders and its editor-in-chief is Eric Smit, who encouraged [European legislator] Judith Sargentini to spit on Viktor Orbán on a Dutch public radio show on April 14, 2018”.

The Hungarian embassy had previously condemned Smit with two cables in 2018. Additionally, Hungary’s Ambassador András Kocsis in The Hague asked the Dutch public broadcaster “what disciplinary measure they planned to take against the rude journalist.”

The Hungarian ambassador concludes a February 2020 cable by writing that the Dutch government “will soon organize a professional trip not only for investigative journalists but also for representatives of NGOs.” He pledged to “contact the Dutch program organizer immediately.”

Cables show that similar but less extensive monitoring activities took place in at least 11 EU countries as well as Britain, which had just left the 27-nation bloc in a “Brexit” procedure. Western diplomats confirmed they had been approached about cooperation with journalists, and some reportedly regretted sharing information.

While the Hungarian Foreign Ministry order focused on trips and official programs organized for Hungarian journalists by foreign governments and state bodies, some embassies took the instruction more broadly.

For instance, a document from the Slovenian capital Ljubljana suggests possible links between local media critical of the Orbán government with Hungarian journalists and newspapers.

They also visited a Christmas market, a media museum, a library, and the Finnish daily Helsingin Sanomat. “Finland is a place where it’s really good to be a journalist,” one of the young journalists recalled about the three-day professional trip organized by the Finnish Embassy in Budapest.

But those comments didn’t please the Hungarian ambassador to Finland, who cabled to Budapest in June 2020 the youngsters’ whereabouts. The ambassador noted they met a Finnish Ph.D. student who “is critical of the Hungarian government in fundamental ways.”

The spyware ‘Pegasus’ infiltrates phones to receive personal and location data. It also controls the smartphone’s microphones and cameras remotely. That potentially lets hackers spy on reporters’ communications with sources and their private lives.

Among those targeted in Hungary were at least ten lawyers, one opposition politician, and some five journalists, leaked lists showed at the time. Earlier, a Worthy News correspondent was added to a blacklist of journalists issued by a government-backed media outlet.

The latest cables, obtained under freedom of information rights and a court case, are published at a sensitive time for Hungary.

The country seeks to unlock 7.2 billion euros ($7.5 billion) envisaged for Hungary under the EU’s COVID recovery program to overcome the economic impact of the pandemic.

That money and other funds have been upheld or delayed by Brussels amid the rule of law concerns. The latest media scandal was due to adding to fuel the fire with diplomats also criticizing Hungary over its reluctance to support sanctions against Russia.

Hungary’s government claims it is targeted for political reasons and has played down concerns over a crackdown on independent media under Orbán, who has ruled the country since 2012.