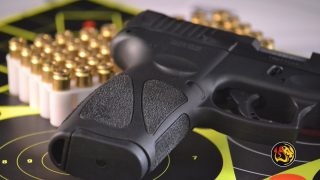 The deal, crafted by a group of Republican and Democratic lawmakers, is the most ambitious update of the nation’s gun laws in nearly a decade. It boosts funding for school security and mental health treatment while tightening the background check system and incentivizing states to adopt “red flag” laws. A more ambitious package of gun control measures passed earlier by the Democratic majority in the House had no chance of approval in the evenly divided upper chamber. [ Source: Washington Times (Read More…) ]

The legislation includes a federal grant program that would help states enact “red flag” laws that would allow law enforcement to keep guns away from individuals deemed to be potential threats to themselves or others, Murphy explained in a Twitter thread. The proposal would also close the “boyfriend loophole,” a legal gap in the Violence Against Women Act that allowed unmarried partners convicted of domestic violence to buy or own firearms.

The legislation also included proposals referenced by Republican lawmakers, including “billions in new funding for mental health and school safety,” additional legislation dealing with straw purchases, and enhanced background checks for gun purchasers under the age of 21, Murphy said.

The proposal does not include other provisions favored by Democrats and gun control advocates, including raising the minimum age for purchasing certain weapons from 18 to 21. [ Source: Washington Examiner (Read More…) ]

Tags: 2ndAmendment, Congress, Gun Control, WorthyNews
Fair Use Notice:This site contains copyrighted material the use of which has not always been specifically authorized by the copyright owner. We are making such material available in our efforts to advance understanding of environmental, political, human rights, economic, democracy, scientific, and social justice issues, etc. We believe this constitutes a 'fair use' of any such copyrighted material as provided for in section 107 of the US Copyright Law. In accordance with Title 17 U.S.C. Section 107, the material on this site is distributed without profit to those who have expressed a prior interest in receiving the included information for research and educational purposes. For more information go to: http://www.law.cornell.edu/uscode/17/107.shtml. If you wish to use copyrighted material from this site for purposes of your own that go beyond 'fair use', you must obtain permission from the copyright owner.