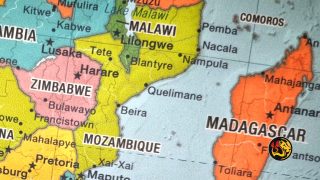 The claim came as Christians in Mozambique’s northernmost province of Caba Delgado were mourning victims of the attacks in six villages between May 23 and May 31.

“Four of those who were murdered were Christians,” added ICC, which closely followed these cases. The United Nations said the latest violence forced 10,000 people to flee their homes, Worthy News monitored.

Mozambique is no stranger to Islamic State attacks. The Islamic State, or its affiliate groups, have killed or displaced thousands of Christians in Mozambique, ICC recalled.

Islamic militants began their insurgence in gas-rich Cabo Delgado in 2017. Initially, no one was killed; however, that soon changed as the Islamic State started setting fire to Christian villages.

They also killed those who lived there, according to ICC investigators. The attacks sparked a regional military mission with some 3,100 troops from several African countries last year that had restored a fragile sense of security.

However, on January 13, 2022, Islamic militants attacked the village of Citate, setting fire to 60 homes. A day later, 20 more homes were set on fire, and on January 18, some 200 houses were torched in the Limwalamwala village, Christians said.

As clashes continue, the total number of displaced people since 2017 varies from month to month, but in May, it was estimated at more than 730,000 by the U.N. refugee agency. Many Christians are believed to be among them.

With suffering increasing, the United States recently announced aid worth $29.5 million for Mozambique through the U.N.’s World Food Program as diplomat Victoria Nuland visited the country.

“Displaced people were witness to killings, beheadings, rape, houses being burned, and abductions, and reported the kidnapping of several boys,” British charity Save the Children said in a statement.

More than 80 percent of those forced to flee their homes are women and children, it added. And at least 4,000 people have been killed in Mozambique since 2017, according to the conflict watchdog ACLED.

Diplomatic and humanitarian officials say the insurgents have since split into three groups.

One of them reportedly staged several attacks this month in the provincial city of Macomia, forcing aid groups to limit their operations.

Their stated objective is to establish “Sharia law “(Islamic law) across northern Mozambique and set up their regime there.

The unrest halted a $20-billion gas project, by France’s TotalEnergies.

That investment had symbolized Mozambique’s dreams of using its mineral wealth to lift the southeastern African nation of 32 million from poverty.

The Islamic tensions added to pressure on Filipe Nyusi, of the ruling party Frelimo party, who was sworn in as president in January 2015 and inaugurated for a final five-year term in 2020. Muslims are a vocal minority in the country, comprising nearly 20 percent of the population, according to estimates by the U.S. Central Intelligence Agency (CIA).