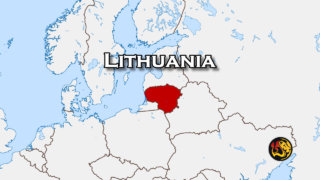 Russia demands that Vilnius lifts its blockade on goods sanctions through Lithuanian territory, which are meant for Kaliningrad, the Russian exclave. Kaliningrad is sandwiched between Lithuania and Poland, where the Pregolya River feeds into the Baltic Sea. It has about half a million inhabitants.

“The decision is indeed unprecedented. It violates every possible rule,” said Russian President Vladimir Putin’s spokesman, Dmitry Peskov. “We understand that it stems from the European Union’s decision to expand sanctions to the transit of goods. We believe that it is illegal, too.”

Western governments warned Moscow of severe sanctions and another backlash if Russian troops amassed for months near the Ukrainian border invaded their smaller neighbor to the west.

The Baltic states and other former Soviet republics have expressed concerns about what they view as an expansionist or revanchist Russia under former secret service KGB officer turned President Vladimir Putin.

The Baltics fear his perceived blend of Russian nationalism and nostalgia towards the former Russia-led Soviet Union, which collapsed in the early 1990s.

However, with the Russian territory of Kaliningrad increasingly isolated, an East-West confrontation appeared closer. Lithuania is a member of the NATO military alliance, and Article Five says an attack on one is an attack on all.

The Russian Foreign Ministry said, however, that it summoned the Lithuanian charge d’affaires in Moscow to protest what it called “provocative” and “openly hostile” measures.

“If in the near future cargo transit between the Kaliningrad region and the rest of the territory of the Russian Federation through Lithuania is not restored in full, then Russia reserves the right to take actions to protect its national interests,” the ministry said.

It was not immediately clear what actions could be taken, but both NATO and Russia have stepped up military maneuvers.