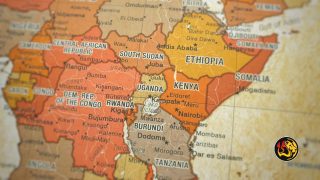 (Worthy News) – Pentecostal church member Robert Bwenje from Uganda’s Kyankwanzi District has died from injuries he sustained during an attack by Muslim extremists on July 6, Morning Star News (MSN) reports. Although Christianity is legal in Uganda, and Muslims are a minority group there, attacks on believers by Islamic extremists have been increasing at an alarming rate.

On July 6, Robert Bwenje had gone with Assistant Pastor Ambrose Mugisha of Elim Pentecostal Church in Nyamiringa village, Kapeke Sub-County, Kiboga District, to an open-air debate that contrasted Islam with Christianity, MSN reports. After listening to the debate, eight Muslims put their faith in Christ.

Following the debate, eight Muslims, including two women, put their faith in Christ.

“This angered the Muslims,” Pastor Mugisha told MSN, “but they could not attack us because we had tight security from the police.” However, after Pastor Mugisha and Robert left the debate site to return home, they were ambushed by Muslims, who attacked them.

Identified by name as Ashirafu Kasamba and Kabagambe Kadiri, two of the attackers forced the Christians to hand over their Bibles and other books they had used in the debate. “They removed the Koran and then burned the rest of the books, including the Bibles, and then beat us with sticks,” Pastor Mugisha said. “I was able to identify Ashirafu Kasamba who cut me on the head. I then jumped into the water and managed to swim and cross to the other side.” Meanwhile, the assailants continued to beat Robert.

Both Pastor Mugisha and Robert were taken to hospital, and Robert died on July 10, aged 28.

“Bwenje succumbed to deep head injuries, and we buried him on July 12,” Pastor Ssemujju told MSN. “We reported the incident at Kiboga Central police station. We need prayers for the safety of our church members and our church building, as well as quick healing of our pastor, support for the widow of Robert Bwenje, and medical bill support for Pastor Mugisha,” Pastor Ssemujju said.