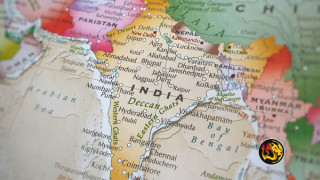 (Worthy News) – In a move welcomed by Christian human rights advocates, India’s Supreme Court has ordered the Hindu nationalist government to investigate and establish the facts on the reported cases of Christians being attacked over 500 times last year, Christian Today (CT) reports.

The Supreme Court’s intervention in what has been an increasingly dire situation for India’s Christians follows the submission of a joint petition in March by the Archbishop of Bangalore, the National Solidarity Forum, United Christian Forum, and Evangelical Fellowship of India calling for an end to the violence against believers by radicalized Hindus who have been emboldened since the Hindu nationalist Bharatiya Janata Party took power in 2014, CT reports.

At a hearing on 1 September, Supreme Court justices DY Chandrachud and Hima Kohli ordered the government’s Ministry of Home Affairs to look into and verify the reports of attacks on Christians in Bihar, Chhattisgarh, Jharkhand, Odisha, Karnataka, Madhya Pradesh, Uttar Pradesh, and Haryana, CT reports. The government had previously dismissed the reports as unfounded and “self-serving.”

The court set a hearing date for the government to produce its findings on December 6, CT said.

“Considering the government’s complete denial of the rising assaults on Christians in India, the Supreme Court’s order for further verification of the matter is a positive step,” Rinzen Baleng, spokesperson for the Open Doors Christian advocacy organization, said in a statement. “It’s critical for the outcome of the case that the authorities furnish truthful and correct information in a time-bound manner because it will help establish that these assaults are not just limited to a few individuals but against the larger Christian community.”

India ranks 10th on the US Open Doors World Watch List 2022 of top 50 countries where Christians are persecuted.