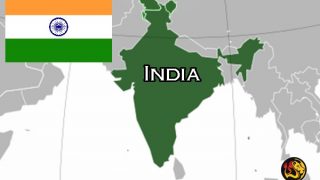 Gujarat’s Legislative Assembly passed the anti-conversion Freedom of Religion Act 2021 on April 1, ICC said. Under the new law, it is a criminal offense to engage in marriage solely for the purpose of conversion. It is also an offense to offer a person considering conversion any of a number of listed benefits if they do.

The law also provides that anyone who wants to change religion must apply to their district administration for permission. Failure to do so, or failure to apply according to set procedures, may result in a sentence of three to five years imprisonment and a fine of 50,000 rupees. Forced religious conversions are also criminalized and carry a prison sentence of three to ten years and a fine of 500,000 rupees, ICC said.

Numerous Indian states, including Chhattisgarh, Madhya Pradesh, Jharkhand, and Himachal Pradesh, now have similar anti-conversion laws. According to ICC, radical Hindu nationalists incite fears of mass religious conversions in order to get these laws passed and to justify attacking and harassing Christians. Local police do little to protect the Christians because of false accusations against them.