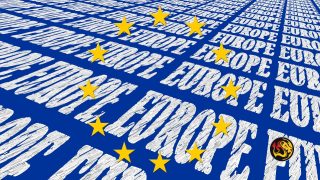 BRUSSELS (Worthy News) – David Sassoli, the European parliament president, has died at the age of 65, his spokesman confirmed Tuesday.

Sassoli died overnight in Aviano, Italy, where he was hospitalized since December 26 due to abnormal functioning of his immune system, said Roberto Cuillo.

The former journalist reportedly came down with severe pneumonia in September during a plenary session of the parliament and was hospitalized.

He eventually resumed his duties in November before returning to the hospital, leaving behind a Parliament faced with significant policy decisions ranging from coronavirus restrictions to perceived climate change.

Sassoli has been president of the 705-seat parliament of the 27-nation European Union since 2019. His term was due to end this month, and he was not expected to seek a second one, several sources said.

The European Parliament sits for a five-year term between elections, but the body’s president serves for half that time.

After a three-decade career as an Italian journalist, starting in newspapers then moving to television and becoming a nationally known anchor, Sassoli became a member of the European Parliament in 2009 and president in 2019.

He was a member of the center-left Progressive Alliance of Socialists and Democrats, the second-biggest grouping in the parliament after the center-right European People’s Party.

Although his role was that of the speaker, he had the title of president of the European legislature. His arrival in the chamber was traditionally announced in Italian as “Il Presidente.”

Unlike some European Union officials, who speak in English and French in public appearances, Sassoli had made a point of using Italian, noted French news agency AFP.

On Tuesday next week, European legislators are due to hold the first round of voting for their successor.