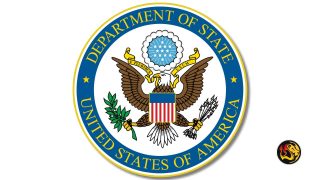 (Worthy News) – The US Department of State has now published its 2021 Annual Report on International Religious Freedom, setting out the status of religious freedom in each country in the world, International Christian Concern (ICC reports). The USIRF report to Congress found that a number of countries with poor records on religious freedom had made significant improvements: these countries include Morocco, Taiwan and Iraq, ICC said. However, the situation is extremely severe and/or deteriorating in numerous other countries, including Pakistan and Yemen.

Pakistan has instituted blasphemy and apostasy laws which have led to violent persecution against minority religious groups in the country, the ISRIF report found. “Throughout the year, unidentified individuals and mobs targeted and killed Christians, Hindus, Ahmadi Muslims, Sunni Muslims, and Shia Muslims in attacks believed to be motivated by religion or accusations of blasphemy,” the report said.

In Yemen, Christians are reportedly subjected to “extreme” pressure on account of their faith in all areas of life, the ISRIF report said. “Christians also faced societal discrimination in the distribution of emergency assistance and health care, while those who converted to Christianity faced death threats and risked banishment from their tribes, the report continued. Moreover, the report added, “Christian women reportedly experienced sexual harassment, rape, and/or forced marriage to Muslim spouses.”

The report specifically referred to genocides and crimes against humanity being committed in countries including Myanmar, where minority groups are systematically attacked by the Tatmadaw military junta, and China, where the government has worked to crush the predominantly Muslim Uyghur population. In both countries, Christians are heavily persecuted.

In a statement about the release of the report, ICC President Jeff King said: “We welcome the State Department’s latest report and commend the progress made by several countries to protect religious freedom. However, we remain concerned by reports of increased violence and discrimination that Christians face globally. We urge the State Department to hold those responsible for these attacks accountable and look forward to working with U.S. authorities to ensure the right to religious freedom is protected for all.”