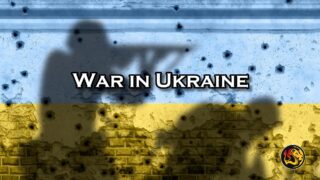 MOSCOW/BUDAPEST (Worthy News) – Britain says it is “deeply concerned” after two British men and a Moroccan who were captured while fighting for Ukraine were sentenced to death by a Moscow-backed court in eastern Ukraine.

The court, which is not internationally recognized, is in the so-called Donetsk People’s Republic, a territory captured by Moscow-backed separatists from Ukraine. The defendants’ lawyer said they all wished to appeal against the death sentence, Russian media reported.

British Prime Minister Boris Johnson’s said through a spokesman that, under the Geneva Conventions, prisoners of war were “entitled to combatant immunity.” They should not be prosecuted for participation in hostilities, he stressed.

Ukraine’s foreign ministry also claimed that the men were “servicemen” of the army of Ukraine and should have the rights of prisoners of war.

Robert Jenrick, a member of parliament for the district where Aslin’s family live, compared the proceedings to a “Soviet-era show trial.”

During the trial, the three were held in a cage with black bars, guarded by soldiers with their faces covered and wearing armbands with the pro-Russian “Z” symbol, footage showed.

The men were later asked to stand while the verdict was read to them, according to a video from the courtroom published by the RIA Novosti news agency.

Wednesday’s sentences in Donetsk came as Ukrainian forces feared losing more ground in the area as they fought fierce battles against Russia’s military.

Ukrainian President Zelensky said the fate of the strategic city of Severodonetsk could decide the future of the eastern Donbas region, which includes Donetsk and other areas.

Intense street fighting continued in Severodonetsk, with a Ukrainian commander saying the battle was “being waged house to house.”

Petro Kuzyk, commander of the Svoboda [Freedom] National Guard battalion, said soldiers were hoping for a delivery of Western heavy weapons that might “turn the tide.”

He added street fighting in the small industrial eastern city was at times raging under heavy Russian artillery barrages, endangering troops on both sides.

A senior adviser to Zelensky said Ukrainian military casualties are now between 100 and 200 a day – the highest estimated total to have been made public so far. “There is growing concern that Ukrainian forces may soon get too tired to continue for long,” another senior U.S. security official told Worthy News. He spoke on condition of anonymity to discuss sensitive military issues.

Western energy sanctions appeared to have done little to end the fighting as a U.S. official admitted that Russia may be making more profit from energy now than it did before the war.

The European Union has pledged to reduce its dependency on Russian oil by 90 percent by the end of 2022. However, the 27-nation bloc buys about 40 percent of its natural gas from Russia and has not yet made similar commitments on Russian gas supplies.

EU member state Hungary is among the most vocal voices against a ban on Russian energy, with Prime Minister Viktor Orbán calling it “a nuclear bomb on the Hungarian economy.”

Washington has placed an embargo on all Russian energy products. But rising energy prices mean Russian profits from natural gas and oil are likely to have increased, despite a reduction in overall supply, analysts say.

Food prices are also rising, linked partly to a Russian naval blockade and other aspects of the ongoing Russian invasion of Ukraine, according to United Nations assessments.

Moscow has denied it is responsible for global food shortages and blamed Western policies for the food crisis emerging in significantly poorer developing nations.