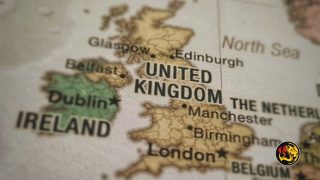 (Worthy News) – An employment court in Dundee, Scotland has awarded a Christian factory worker over $26,000 in compensation after he was fired on the spot for refusing to take off his crucifix necklace, the Telegraph reports.

Granting the relief, Judge Louise Cowen said it was clear Jevgenijs Kovalkovs had lost his job because of religious discrimination by his employer 2 Sisters Food Group Limited.

A member of the Russian Orthodox Church, Kovalkovs began his employment at the 2 Sisters Food Group Limited chicken wholesalers in Coupar Angus, Scotland in November 2019; he was promoted to the position of quality inspector. Kovalkovs wears a crucifix necklace which was given to him by his mother and which he says is a symbol of a “commitment to his belief,” the Telegraph reports.

The 2 Sisters Food Group has a company policy of not allowing employees to wear jewelry in production areas “with the exception of a single plain band ring.”

Litigation arose when a line manager one day asked Kovalkovs to take off the necklace saying it posed a “hazard” on the production line where worked.

Kovalkovs refused to take off the necklace, saying it had “deep and profound meaning” to him, the Telegraph said. He was immediately fired for disobeying orders. He then sued the company for unlawful dismissal on the grounds of discrimination.

In finding for Kovalkovs, the court determined that 2 Sisters Food Group had focused “entirely” on the fact that he had not told his employers about the necklace during his induction course when he first began the job.

The court concluded that Kovalkovs’ religion held deep meaning for him and that he “had lost a job as a result of the discrimination towards him.”