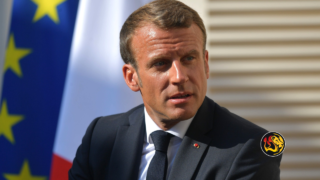 PARIS (Worthy News) – Less than two months after re-election, Emmanuel Macron lost control of the French National Assembly in a political earthquake that showed a strong performance by a left alliance and the far right. The outcome underscored concerns within churches about growing social divisions in the country.

Final results from the interior ministry on Monday showed that Macron, 44, faces an uncertain political future. His centrist Ensemble (Together) alliance won only 245 seats in the assembly. That is well short of the 289 needed for the outright majority Macron had enjoyed since 2017.

The prime minister he had only recently appointed, Elisabeth Borne, warned that the situation was unprecedented. “This situation represents a risk for our country, given the risks we’re facing nationally and internationally,” she said. And she wants “to work to build a working majority.”

But that is easier said than done.

They emerged as the leading opposition group with 131 members in the 577-seat chamber, prompting celebrations. It is the total defeat of the president’s party, and there is no majority,” said leftist leader Mélenchon.

That is more than ten times as many as the eight it secured in the previous legislative elections, noticed Le Pen.

“Beyond the parliamentary group, we will pursue the work of bringing together the French people within a big popular movement,” Le Pen said.

She added that she wants “to unify all the patriots on both the right and left. A National Rally to defend the country in the face of crumbling, which we see every day.”

The conservative Les Républicains (The Republicans) and its partners won 74 seats.

The outcome of the parliamentary elections came after the head of the French Catholic bishops’ conference had already warned of growing social divisions following the recent re-election of President Macron.

Archbishop Éric de Moulins-Beaufort of Reims expressed concern about an increasing rupture, which he said “was geographical but also separated those above from those below.” He said that this is worrying for France’s future.

The bishop spoke after the recent stabbing of a Catholic priest and nun. Both survived, and the attack was not linked to Islamic terrorism in an otherwise turbulent nation.

Amid tensions, President Macron had promised to tackle the cost of living crisis, but his rivals have very different ideas on how to go about it.

His big-ticket proposals included reforming benefits, cutting taxes, and gradually raising the retirement age from 62 to 65. But pension age reform is likely to be hard to get through.

Questions remain about whether he can realize his proposals to move to toward what he calls “carbon neutrality” and full employment.

Macron recently offered a “new method” of governing with more involvement from civil society through a National Council for Refoundation comprised of local people to make France more democratic.

But with a divided Parliament, Macron faces a rocky road ahead.