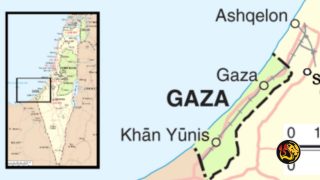 (Worthy News) – A southern Israeli court on Wednesday convicted an employee of the World Vision Christian charity on charges of diverting millions of dollars in donor funding to the Hamas terrorist organization which controls the Gaza Strip, CBN News reports.

Gaza resident Mohammad el-Halabi was employed by the World Vision leading international charity when he was arrested and charged in the case by Israeli authorities in 2016.

El-Halabi has strenuously denied the charges but the Beersheva District Court found that a since-retracted confession he made to Israeli security forces offered compelling evidence against him, CBN reports. Accordingly the court found el-Halabi was a Hamas member who provided information to terrorists, took part in military exercises, carried a weapon, and transferred millions of dollars of World Vision donor funds to Hamas.

The transcript of el-Halabi’s confession has been kept confidential and is not available to the public. Nevertheless, the court said (in a 254-page ruling which was only partially published for reporters): “The defendant’s confession, given in various ways, is detailed, coherent, with signs of truthfulness.”

Concerning el-Halabi’s subsequent retractions, the court added: “The defendant relentlessly sought to retract his confession and gave a host of contradictory and unlikely explanations for how he confessed to the charges against him to two different parties.”

According to el-Halabi, his family, and his lawyer Maher Hanna, the confession was given to an unreliable Palestinian under duress, and should not have been given in evidence. Moreover, the defendant argues, he was repeatedly offered plea bargains which he turned down because he is innocent.

In a statement to reporters, Hanna attested: “All the judge said, if I want to summarize it in one sentence: ‘The security forces cannot be wrong, they are probably right.’” El-Halabi has announced his intention to appeal against conviction. Sentencing in the case has been set for July 10, CBN said.