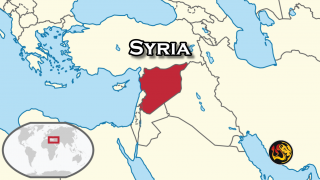 (Worthy News) – Christians from the north-eastern region of war-torn Syria have reportedly become increasingly susceptible to fraudulent property confiscations at the hands of both Syria’s dictator Bashar al-Assad and the Kurdish Autonomous Administration of North and East Syria, International Christian Concern (ICC) reports.

According to the Assyrian Democratic Organization (ADO), which serves Christian Assyrian, Syrian, and Chaldean populations in Syria, both those that remain – but especially those who left – have reported their property is being taken from them under false pretenses, ICC reports.

“Evidently, Christians who have emigrated from Syria in recent years, amidst the chaos of ongoing armed conflict, are particularly vulnerable to these fraudulent property seizures because they are not as easily aware of fraud attempts and are not well positioned to fight against them,” ICC explained in its report on the matter.

“According to ADO, roughly 20,000 of the formerly 22,000 Syriac Assyrians in the country have emigrated. Some mechanisms, such as a Committee for the Protection of Syriac, Assyrian, and Armenian Absentee Properties in the AANES, seek to protect Christian property in Syria, but these mechanisms are too weak and have simply proven ineffective at stopping the recent rise in illegal property confiscations and expropriations,” ICC said.