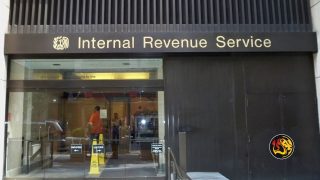 (Worthy News) – President Joe Biden’s “Build Back Better” plan, which is currently stalled in the U.S. Senate, has drawn even more questions about controversial items in the proposed $2 trillion bill.

One of those items is $80 million for hiring 87,000 new Internal Revenue Service (IRS) agents, according to multiple sources, including Americans for Tax Reform and Headline USA.

In a statement released on the Build Back Better framework in late October, the White House said “the IRS does not have the resources it needs to pursue wealthy tax cheats.” But new evidence indicates tens of thousands of those new IRS agents would be tasked with targeting middle-income Americans. [ Source: CBN News (Read More…) ]

Tags: Internal Revenue Service, Joe Biden, News, Senate, tax, Tax Reform, White House, Worthy News
Fair Use Notice:This site contains copyrighted material the use of which has not always been specifically authorized by the copyright owner. We are making such material available in our efforts to advance understanding of environmental, political, human rights, economic, democracy, scientific, and social justice issues, etc. We believe this constitutes a 'fair use' of any such copyrighted material as provided for in section 107 of the US Copyright Law. In accordance with Title 17 U.S.C. Section 107, the material on this site is distributed without profit to those who have expressed a prior interest in receiving the included information for research and educational purposes. For more information go to: http://www.law.cornell.edu/uscode/17/107.shtml. If you wish to use copyrighted material from this site for purposes of your own that go beyond 'fair use', you must obtain permission from the copyright owner.