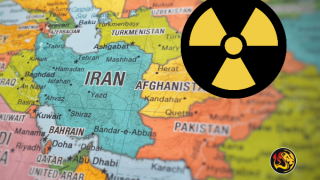 (Worthy News) – Senior representatives of world powers engaged in talks to revive the collapsed 2015 Joint Comprehensive Plan of Action (JCPOA) Iran nuclear deal have said they believe it is possible a new deal can be reached, the Time of Israel (TOI) reports.

Talks resumed last week, after stalling in March: if a new agreement is reached, Iran will again be restricted in the amount of uranium it can enrich in exchange for sanctions against it being lifted.

The JCPOA fell apart in 2018 after former US President Donald Trump unilaterally pulled America out of the treaty and reimposed sanctions on Iran. In response, Tehran began a uranium enrichment program that has reached such dangerously high levels as to place Iran in a position where it is close to reaching the weapons-grade levels of 90%.

With the onset of the Biden administration, the US has sought to revive the JCPOA but has demanded that Iran stop enriching uranium beyond the limits of the 2015 treaty. However, Iran has countered that sanctions must first be lifted.

“We stand 5 minutes or 5 seconds from the finish line,” Russian Ambassador Mikhail Ulyanov told reporters after four days of the current talks.“They are sensitive, especially for Iranians and Americans. I cannot guarantee, but the impression is that we are moving in the right direction.”

The European Union’s top negotiator, Enrique Mora added that he is “absolutely” optimistic about the current talks, TOI reports. “We are advancing, and I expect we will close the negotiations soon,” Mora told Iranian media.