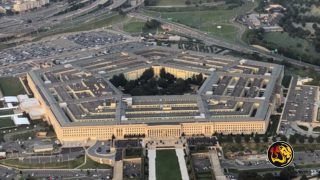 WASHINGTON/KYIV (Worthy News) – The United States has supported at least 46 biological laboratories in Ukraine over the last two decades, the Pentagon confirmed, despite fears Russia’s military may target these sites.

The revelations are part of a U.S. Department of Defense assessment seen by Worthy News and come after prominent conservatives accused the Biden administration of hiding details about funding biological weapons laboratories.

In its document, the Pentagon stressed that the biolabs were for “peaceful” purposes. The U.S. claimed, it “worked collaboratively to improve Ukraine’s biological safety, security, and disease surveillance for both human and animal health.”

As such, the U.S. has been “providing support to 46 peaceful Ukrainian laboratories, health facilities, and disease diagnostic sites over the last two decades,” the Pentagon stressed. “The collaborative programs have focused on improving public health and agricultural safety measures at the nexus of nonproliferation.”

It admitted that these activities were “often conducted in partnership with outside organizations” such as the World Health Organization and the World Organization for Animal Health (OIE). The Pentagon claimed that it “has resulted in safer and more effective disease surveillance and detection.”

Ukrainian scientists “have acted consistent with international best practices and norms in publishing research results,” the Pentagon noted. They were “partnering with international colleagues and multilateral organizations, and widely distributing their research and public health findings.”

The Pentagon said that “Ukraine has no chemical weapons program” and “has been a respected member of the Organization for the Prohibition of Chemical Weapons (OPCW).” The country ratified the Chemical Weapons Convention in 1998 some seven years after it broke away from the Soviet Union and declared independence.

However, the revelations came after Victoria Nuland, the undersecretary of state for political affairs, reluctantly mentioned recently in a Senate hearing that the Biden administration does fund a series of biolabs in Ukraine.

When asked by Senator Marco Rubio, Republican of Florida, if Ukraine has chemical or biological weapons, Nuland said in March: “Ukraine has biological research facilities which, in fact, we are now quite concerned Russian troops, Russian forces, may be seeking to gain control of.” She added: “So we are working with the Ukrainians on how they can prevent any of those research materials from falling into the hands of Russian forces should they approach.”

If there were a biological or chemical weapon attack inside Ukraine, Rubio asked, would there be any doubt that Russia was behind it? “There is no doubt in my mind, Senator, and it is classic Russian technique to blame the other guy for what they’re planning to do themselves,” Nuland responded.

Rubio acknowledged later that “there’s a difference between a bioweapons facility and one that’s doing research.”

However, critics remain concerned about the U.S. involvement in Ukrainian biolabs, fearing it could further fuel Moscow’s reasoning for the ongoing Russian invasion of Ukraine.

And the latest assessment was due to raise further questions about U.S. President Joe Biden and his family’s reported ties with Ukraine before the war broke out.

Critics had maintained that Biden, when Vice President, engaged in corrupt activities relating to the employment of his son, Hunter Biden, by the Ukrainian gas company Burisma.

Biden has vehemently denied wrongdoing, though investigations are ongoing into his son’s dealings.